Views expressed in this cybersecurity-intelligence update are those of the reporters and correspondents.

Please click link or scroll down to read your selections. 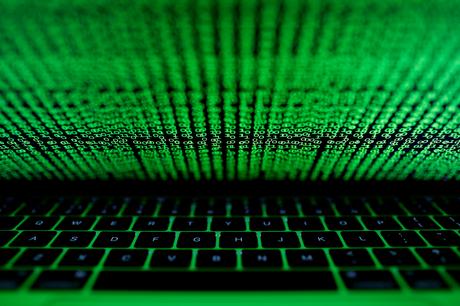 WASHINGTON (Reuters) -Russia was not invited to attend a 30-country virtual meeting led by the United States that is aimed at combating the growing threat of ransomware and other cyber crime, a senior administration official said.

This week’s Delaware Chancery Court decision dismissing a shareholder derivative lawsuit that arose from a gigantic data breach at Marriott International Inc encapsulates why data breach securities cases have been a frustration for plaintiffs’ lawyers. It also pinpoints why I think these suits will continue to be a challenge for shareholders, despite the U.S. Securities and Exchange Commission’s recent crackdown on companies with inadequate cyber risk reporting procedures.

You’ve been hacked: How Dubai ruler’s eavesdropping was uncovered Oct 06 2021

WASHINGTON Top U.S. national security advisers will gather officials from 30 countries this month with plans to combat the growing threat of ransomware and other cyber crime, President Joe Biden said on Friday.

The U.S. intelligence community’s budget bill could place new controls and reporting requirements on former U.S. spies, according to the author of the legislation, making it harder for them to work as contractors for foreign governments following a 2019 Reuters investigation into American mercenary hackers.

SAN FRANCISCO (Reuters) -A misinformation campaign on social media in support of Chinese government interests has expanded to new languages and platforms, and it even tried to get people to show up to protests in the United States, researchers said on Wednesday.

BERLIN Russia is responsible for a renewed cyber attack on the German parliament, a spokesperson for the foreign ministry in Berlin told journalists on Monday.

JAKARTA A leak online of the president’s COVID-19 vaccine certificate has heightened concern in Indonesia about information security, coming in the same week as a data breach affecting 1.3 million users of a government contact-tracing application.

(Reuters) -T-Mobile US Inc said on Friday it was confident there were no continuing risks to user data from a breach disclosed earlier this month that affected more than 53 million current, former and prospective customers.

The hacker, who stole data of more than 53 million former and prospective customers of T-Mobile US Inc, said the wireless carrier’s security was “awful”, the Wall Street Journal reported on Thursday.

WASHINGTON (Reuters) -The U.S. government on Wednesday said it would work with industry to hammer out new guidelines to improve the security of the technology supply chain, as President Joe Biden appealed to private sector executives to “raise the bar on cybersecurity.” | Video

WASHINGTON The U.S. government on Wednesday said it would work with industry to hammer out new guidelines to improve the security of the technology supply chain, as President Joe Biden appealed to private sector executives to “raise the bar on cybersecurity.”

WASHINGTON (Reuters) -The White House is hosting an event on Wednesday that will bring together the largest U.S. technology companies for a discussion about cybersecurity challenges following a raft of high-profile hacking incidents earlier this year, people familiar with the event told Reuters.

(Reuters) -The U.S. State Department was recently hit by a cyber attack, and notifications of a possible serious breach were made by the Department of Defense Cyber Command, a Fox News reporter tweeted https://bit.ly/3z7RTH7 on Saturday.

For the latest trends in cybersecurity, cybercrime, cyberwar, and information security, please check the blog sidebar, links, and twitter posts.  Thanks for joining us today.

This site uses Akismet to reduce spam. Learn how your comment data is processed.